The village was hot, dusty, dirty, and smelled a lot like the scrawny cow that lay in the empty lot, nonchalant in its holiness. I was in northwest Nepal. Our little group was on the second day of a bone-rattling journey in an ancient Tata bus from Katmandu to the Karnali River. We had stopped for lunch in a place maps forgot. Our restaurant was a collection of ramshackle old picnic tables, six feet off the road, with black, rusty oil drums converted to smoke-belching outdoor ovens. I was swatting flies, and swallowing a mashed rice and vegetable concoction, mixed with a scorching brown sauce. It was all great. Then, a young woman I would never meet made it even better.

She was about twenty-five or thirty years old, wearing a simple dress and flip flops and walking slowly along the road with her daughter, who looked about two. The little girl fell. She wailed. Mom knelt. She rubbed the knee. She kissed it. There was a hug. The crying stopped. And off they went. The universal happened. How many parents, I thought, on that very day, perhaps at that very moment, had done exactly the same thing? 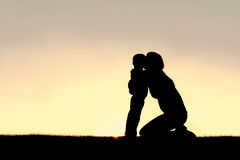 We pride ourselves on our individuality. We plot our lives and careers and make our way but the universe has a way of smiling when we do. I think of a group of friends I’ve been lucky enough to have and love since university. At the beginning, our conversations were mostly about girls. Then it was about getting married and we attended each other’s weddings. Then we talked mostly about jobs and kids. Now we discuss when we’ll retire and our latest aches and pains. We have lived different lives, in different cities, and been cheered by different celebrations and rocked by different tragedies but fundamentally, we’ve been on the same journey and handled much the same things in much the same ways.

Abraham Maslow understood. He was a psychologist who, rather than studying mentally ill people, examined apparently healthy, well-adjusted, college-educated folks who appeared to be happy and doing well. He determined that we all need the same things. We need the basics of food, shelter, and safety, and then a feeling of being loved and belonging to a group. We all want our lives to have a witness. With all that in place we can make a positive difference to someone else and that, he said, is happiness. Everything else, everything, is by the by.

Maslow took years to come up with his notion of a hierarchy of needs and spent more years explaining it. The young woman in Nepal taught her lesson in thirty seconds. We need to get over ourselves. We need to watch and listen. The universe is trying to teach us about the universal; those truths that transcend.

If allowed to do so, the universal can inform our thoughts about what our government should be doing and not doing. The universal can help us when cringing at a newscast showing people being bombed by terrorists or by planes seeking to stop the terrorists. It can shape our reaction to seeing climate change and corruption starve children in one part of the world and a greedy few allowing the poisoning and starving of more children in another. The universal can affect our opinion of folks approaching from outside our gates, wanting only to step upon the first rungs of Maslow’s ladder.

A year after I left Nepal, its government collapsed. Maoist rebels took control. Corrupt leaders had tried to maintain power with power; they had bought and used more guns. The Maoists had won the support of the people by living among them. Their greatest tactic in winning hearts was to dig wells and build latrines and schools in little villages like the one at which I had stopped. They understood Maslow. They understood the universal. They knew that our happiness is based not on the size of our wallets but the content of our hearts. They understood that the universal is found not in the palaces of the kings or the ones we choose to sometimes gather around ourselves to hide within, but rather, in places where Moms kiss skinned knees and make it all better.

If you enjoyed this column, please share it with others on Facebook or your social media of choice and consider checking my other columns as http://www.johnboyko.com

The greatest hoax perpetrated upon young people is that adults have it all figured out. In fact, in any examined life, which according to Socrates is the only life worth living, existential angst is an old friend who regularly returns to visit. I recently experienced such a call and, as is always refreshingly the case, re-examined what truly matters.

I was led back to the belief that money can be spent on only two things: stuff or experiences. Stuff, no matter what it is, always wears out or is thrown out and always demands more in money, time, or distraction. Experience, on the other hand, enriches rather than costs and endures rather than indentures with pleasure that is profound rather than superficial. I bounced from the depths of my angst back to the gentle guidance of that belief by recalling one experience and a particular moment.

My mother was a tough woman. While only those truly close knew the gentle heart within, her upbringing and then the raising of four rambunctious boys made her tougher than she sometimes needed to be. Rheumatoid arthritis led to one fused ankle, a brace on the other, 24-hour pain that would drop me to my knees, and then mood-altering medication that all made her tougher still.

While visiting my parents after I had just returned from two weeks in France and Belgium, she declared, in her way that often ended conversations, that every city in the world was the same. The next day, acting on an idea from my dear wife, I returned and told my Mom that I would like to pay for a week for the two of us in London to test her assumption. Three weeks later I had her in a Heathrow Airport wheel chair, then the London tube, on the top level of a bus, and then, for our first evening, in Covent Garden.

I noticed that there were more police about than I had seen in my previous visits. I inquired of a Bobby and then, without telling her why, we walked to the nearby Opera House. A large crowd was gathered around the grand entrance but I noticed the media further down the block. I asked a cameraman and was told exactly where to stand. Within five minutes the big black car arrived and out stepped Prince Phillip and the Queen. Her Majesty turned, not twenty feet away, and waved.

When my Mom called home, my Dad asked with a joking tone if we had seen the Queen yet. “Well,” giggled my Mom, who, for a sliver of a moment allowed me to see her as a ten-year-old, “As a matter of fact we did.”

The next day we toured more and I left her at the Victoria Fountain before Buckingham Castle while I cabbed to the Canadian embassy to pick up my pre-arranged tickets. We then walked past an enormous line, presented our tickets, and were led to the public gallery to watch Tony Blair masterfully handle the Prime Minister’s Questions.

There were plays, galleries, museums, the Crown Jewels at the Tower of London, pints in pubs, and long dinners. One afternoon I positioned her with my camera in the middle of the street and told her exactly how to frame the shot. She worried about being hit but I assured her that no one would run over an old lady plus, at this spot, everyone knows what we’re up to. I then went to the cross walk and she snapped a perfect picture of me, the unrepentant Beatles fan, strolling across Abbey Road.

On our last afternoon she took a deep breath and with me holding much of her weight with her left arm as she pressed the cane with her right, we very, very slowly made our way up the steps of St. Paul’s Cathedral. About half way up, I saw tears streaming down her cheeks. I said that we should stop and rest or, if it hurt too much, we could turn around.

“No, Johnny.” she said, “It’s not that. I just never in my wildest dreams thought that it was so beautiful or that I would ever, ever be here.”

Last week, when deciding whether to buy some stuff, actually a great big piece of stuff, my angst was relieved when in the midst of a long run down my Village’s riverside trail, I revisited how blessed I am to be surrounded by stunning physical beauty and a community of friends and family. Even more than that, though, was the St. Paul steps. The memory brought my run to a walk. I was reminded of what cannot be bought at a store or negotiated with a real estate agent. It reminded me too that mothers never stop teaching. Even when they’re gone, they are not really gone.

If you liked this column, please share it with others on Facebook or your social media of choice.