Sir John A. Macdonald is no Robert E. Lee. But the 19th-century leaders are similar in that they are leading again.

This time, they are serving as the focus of Americans and Canadians squabbling about their history. In the United States, the fights have sparked riots, injuries and a death. The fight is gearing up in Canada with an Ontario teacher’s union demanding that Sir John A. Macdonald Elementary School change its name. 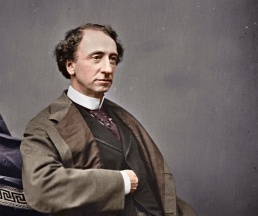 In the United States, memorials to Lee and other Confederate leaders are being attacked as symbols of white supremacy – and the point is valid. Southern states seceded and fought the Civil War primarily to maintain slavery.

Most of the Confederate statues erected and most of what’s named after Confederate leaders were done to celebrate the legitimacy of that reprehensible goal; they appeared around 1910 to support Jim Crow segregationist laws and in the 1960s to combat the civil rights movement.

The statues should come down. The names should be changed.

Sir John A. Macdonald’s legacy is more nuanced. He was the indispensable leader who led the Confederation debates in Charlottetown, Quebec City, and London and guided the creation of our constitution. He was our first prime minister and built the country behind tariff walls and on steel rails with the National Policy and building of the transcontinental railway.

He saved Canada when he stopped Nova Scotia from seceding. He saved us from threats of American annexation when he purchased Rupert’s Land, kept British Columbia from joining the United States and negotiated the Washington Treaty in which Britain was considering giving Canada to the Americans to avoid paying Civil War reparations. He kept us united by having French and English work together and attempted to grant women the right to vote.

In American terms, Macdonald is our Jefferson, Washington and Madison.

However, Macdonald also ruthlessly exploited Chinese railway workers and later tried to expel them while imposing a prohibitively expensive tax on Chinese immigration. He negotiated with Métis leader Louis Riel to bring Manitoba into Confederation but then crushed Riel’s Saskatchewan rebellion.

Macdonald thought nothing of taking Indigenous land without consultation or ignoring treaties to take more. He withheld promised food and support from Indigenous nations to pressure them to surrender to reservations.

Lee fought for a horrible end. Macdonald worked for a remarkable goal. Macdonald’s image on our money and public monuments and his name on our highways and schools represent our respect for that goal, and not for all he did to pursue it.

And that is the difference.

We are constantly discussing who we are and who we aspire to be. History’s facts don’t change, but our interpretation of those facts does. History is not a shield to protect ideas or a sword to attack the ideas of others or a fence to keep us from unpleasant things we’d rather not see. History is a teacher.

It is there to teach us about ourselves and to intelligently inform our existential, national conversation.

Ironically, that is the point missed by members of the Elementary Teachers’ Federation of Ontario who asked school boards to rename schools bearing the name of our first prime minister. Since Macdonald’s primary goals were overwhelmingly positive, he should remain celebrated. Because aspects of his means to achieve them were inexcusably appalling, he should be used to teach and learn about crimes that he and we committed.

We should use them to critically examine how we have grown, atonements due and work remaining. What better place for those conversations than public places with monuments bearing plaques briefly explaining aspects of Sir John that swell our chests or well our tears?

What better place for those conversations than schools, especially those bearing his name. So, let us not scrub Sir John from our public spaces, instead, let history to do its job.

This column originally appeared in the Ottawa Citizen and was the subject of my appearances on CTV television’s Your Morning and CBC Radio’s The Current. I would appreciate your comments on this latest conversation about who we are.