January 11th was Sir John A. Macdonald’s 200th birthday. As Canada’s first prime minister and key founding father, he deserves to be remembered. Across the country there were cakes, candles, songs, and speeches. Many Canadians will enjoy celebrations of one sort or another all year. Others, however, will not celebrate but castigate. The attacks have begun and some have been viscous.

The spirited debates remind us of history’s importance and of its terrific habit of never shutting up. History is not a warm bath of nostalgia but a mean teacher that forces us to think of things we have not before and, even more importantly, consider things we thought we knew for sure. The conflicted commemoration of our first prime minister is as it should be for there are at least eight ways to see Sir John. 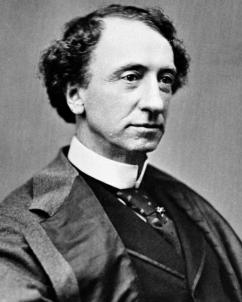 Creator: In the 1860s, Americans were butchering each other over whether to enslave each other and threatening an invasion of the British colonies on their northern border. The bitty Brits with their dysfunctional governments and a mother country more interested in abandoning than embracing them, needed to save themselves by creating themselves. Canada’s birth had many midwives, but the conferences and subsequent debates that brought it into the world would have failed without Sir John’s charm and political acumen. The Constitution creating the state to house the nation was written largely in his hand.

Saviour: With the Civil War’s end, the United States demanded astronomical reparations from Britain for its role in prolonging the conflict. The Americans offered to trade the cash for Canada. As part of the British delegation in Washington, to negotiate what was called the Alabama claims, Macdonald deftly controlled the agenda. He refused to be bribed by the Brits or bullied by the Americans. He left with generous concessions and the swap swept from the table.

Visionary: Macdonald knew Canada must grow or be gone and the only way was west on rails. Without the railway, British Columbia could join the United States and the United States could, as its Manifest Destiny decreed, take the prairies. The railway idea was ludicrous. It would be the world’s longest railway through the world’s most inhospitable land. The rocks and impenetrable forests of the Precambrian shield would be hard, the muskeg that could swallow men and machines would be harder, and the snow-peaked Rockies would be impossible. Macdonald told British Columbians they’d have the steel line to the Pacific in ten years and the money flowed and hammers rang. His will and conniving saw the impossible done and Canada linked from sea to sea.

Centralist: Macdonald put power in parliament. He saw the prime minister as the servant of the House and provinces like municipalities. Parliament could overturn provincial laws deemed to contradict the national interest and he disallowed many. He interpreted parliament’s purchase of what is now most of the west as its ownership of the land and resources. When premiers met to complain, he refused to attend.

Charlatan: He was not above political trickery to get or keep power. Globe editor and Reform Party leader George Brown learned the hard way when Macdonald tricked him into office and then two days later tricked him right back out again. He used patronage jobs to openly and unapologetically reward friends and punish enemies. He was once scandalized out of power when caught linking political donations to railway contracts.

Rogue: No one knew more stories and jokes than Sir John. No one remembered more names or slapped more backs. He never met a voter with whom he disagreed or an opponent he did not try to woo. He once entered his occupation in a hotel ledger as “cabinet maker”. A hard drinker, he once threw up during a campaign speech but then won the election. He told another audience that Canadians preferred him drunk to George Brown sober – he was right. He was a scoundrel but he was their scoundrel.

Racist: He imported Chinese workers for the worst and most dangerous railway construction jobs. With the task done, Macdonald acted to have them kicked out and the door barred. He did not want Canadians to become what he called a “mongrel race”. Native nations were in the way. Macdonald swept the plains by emptying bellies and filling schools in a slow-motioned cultural genocide.

Founding Father: To our American friends, consider this: Sir John was like your Thomas Jefferson in that he provided the philosophical foundation upon which the country was based; he was like your James Madison as he was primary among those who wrote the constitution; he was like your George Washington in that he was Canada’s first chief executive and fully cognizant that everything he said or did set a precedent that would affect the behaviour of every prime minister that followed – so Sir John was your Jefferson, Madison, and Washington rolled into one man.

Sir Christopher Wren, the man who designed St Paul’s Cathedral, one of the most spectacularly graceful and awe-inspiring buildings on the planet, once said that if you wished to see his monument you should look around. Canada is not as perfect as St. Paul’s but no country is. However, while flawed, it is safer, richer, and more democratic than most. Its long and fascinating history bursts with sources of pride and shame as well as progress and redemption. So as the key figure in creating, building, and saving the country, it is fitting and proper that we commemorate Sir John. Without him there would be no Canada. Perhaps we honour him best by acknowledging that he was as complex a man as is the country he left in our care. Perhaps we understand him as we understand Wren, by looking around.

An edited version of this column appeared as part of Globe and Mail debates in which I was asked to be one of four historians to consider whether Sir John was a “Visionary or Hateful Embarrassment”. You can see what the others wrote and vote for who you think should win at http://www.theglobeandmail.com/globe-debate/sir-john/article22362438/

One thought on “Eight Ways To Look At Sir John A. Macdonald”